It is clear in Scripture that God desires to use his followers in His mission. Joining God’s mission also includes developing a proper response to injustices faced by those we care deeply about. This often includes righting the wrongs that are committed against those whom God deeply loves. In his important study on urban poverty, Robert Linthicum remarks, “Marginalization, exploitation, and oppression are not simply results of poverty, but its primary causes” (1991, 10). Based on my experiences and research in Latin America and beyond, there are both intentional and unintentional actions by individuals and systems that are at work against vulnerable people groups.

Often times Non-governmental organizations (NGOs), churches and others fail to recognize that there are powerful systems and people who are seeking to exploit and oppress in order to accomplish their purposes. While we are right to acknowledge the potential and agency found in human capacities, we often seem to forget that these capacities are also dominated by sin and frequently lead people to sin against others. Development specialist, Jayakumar Christian, acknowledges the abuse by these powers – both human and structural. Social systems sometimes seek to denigrate and exploit the poor – this contributes to deepened poverty and broken relationships (1994, 178).

As Linthicum and Christian point out, these are often unjust political systems, mass media, law enforcement, religious and economic systems that are at work. When these become distorted and fall outside of God’s intentions, the Church is to remind them of their God-inspired mandates. It is critical that we identify the injustice that is occurring against those we love. Solutions for the poor often come in the form of development innovations, but if we fail to first right the wrong and understand the causes for why particular groups are marginalized than we commit the mistake of offering solutions without understanding the contributing factors. 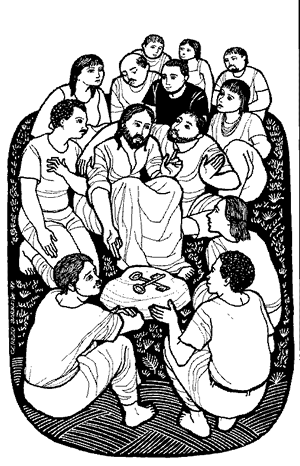 In our work with street-living children (or who I prefer to see as community children – see Burch 2005) in Caracas, Venezuela, we often forgot that there were systemic reasons for why children were being forced to go to the streets. We sought to meet their needs, spent a lot of time with them on the streets, became their friends, cared for them, but infrequently sought to research or truly understand the injustices that were pushing and pulling these young lives into these situations.

Leonardo Boff and Clodovis Boff suggest that poverty is the “disfigured image of God” (1990, 31). If poverty distorts the image of God, then perhaps it is time that we ask what is causing the disfiguration (in every context). Through assessing injustices we are able to identify what is preventing the human flourishing represented in Christ’s mission (Luke 4:18-19).