The Kingdom and Power 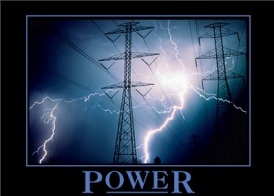 Brian McLaren’s video got me thinking on the issue of power in the kingdom. It’s not a new theme for me, but one that always brings me back to asking what does power look like within the kingdom paradigm? Perhaps one of the better approaches (in my opinion) comes from Jayakumar Christian in his book, God of the Empty Handed. Jayakumar argues that there are three views, or perspectives on power. These views are: 1. How the poor view power; 2. the view of power from the non-poor (rich) and; 3. the view “from the kingdom of God.” He notes this: “First, power as understood in the kingdom of God will reverse the so-called natural order and the popular understanding of power.” Instead of the mightest of beast, the lamb is the ‘mascot,’ sort to speak, of the kingdom of God scenario (see Revelation 5:6). The lamb of God renders null the power of the oppressor and turns on its top the traditional understanding of power (or the natural order as Christian says). The second aspect of this new power paradigm in the kingdom of God if the “Slain One” (Revelation 5:9, 12) In Revelation 5:12, the slain lamb is scene as “worthy . . . to receive power and wealth and wisdom and strength and honor and glory and praise!” Christian notes that what looks like powerlessness is really the kingdom’s understanding of power. No longer is power seen as an accumulation of worldly possessions and wealth. Thirdly, the kingdom of God is inclusive. No longer are the power structures prescribed by the color of skin, but rather all peoples will be participants in the kingdom of God (see Revelation 5:9). Is this the kind of power we see at work in the majority of our churches today?

Greg is on faculty at Multnomah University where he teaches and directs the Global Development and Justice (M.A.) program and B.A. program in Global Studies. He is passionate most about bringing together theory and practice in his work around advocating for vulnerable children, poverty alleviation (in its whole sense) and applied participatory research topics. When he's not in the classroom or home, you can find him surfing at his favorite spot on the coast.